Introducing the power of Cron to your database# 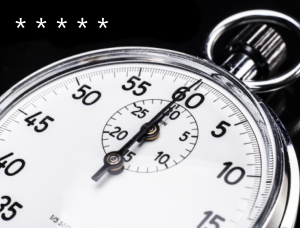 When you're setting up your database, Cron is often not far away... so for low latency calls, why not have the database handle this?

We recently introduced this tool with the KEYDB.CRON command that enables the user to execute Lua scripts via a scheduler at a specific time and/or interval. This functionality persists and is locally stored, bringing the call into the database instead of through a 3rd party tool.

For those who don't know, KeyDB is a faster, multithreaded alternative to Redis. We strive to introduce powerful tools & functionality that reduces complexity for our users. KEYDB.CRON is one of many features KeyDB has developed.

Should Cron be run by the database?#

When setting up a database server, you want to minimize the amount of processes to monitor and maintain - KEYDB.CRON helps do just that. Having to set up Cron externally is yet another tool that needs to be configured and validated. Clocks need to be synchronized and time zones set. Having a built-in tool whose functionality is automatically passed to new replica nodes and migrated with the database reduces potential for error and simplifies setup.

That being said a long debate could be had about running Lua scripts from within KeyDB/Redis and where such code should reside. If you are running long or unpredictable scripts on this blocking call it can become problematic and effect performance. However this argument is more for 'when to use Lua', not necessarily if executing these tasks with an internal scheduler is a good idea. These arguments often boil down to engineering, but an additional tool used in the right way can have a lot of benefits including avoiding the latency and network hit of interacting with a remote client.

KEYDB.CRON stores Lua scripts as a KEY and persists to the database so it's there if the server reboots, a replica node is made, or your data is migrated. The command schedules based off Unix time for consistency and can schedule single tasks or recurring tasks down to the millisecond.

When should I use Cron with my database?#

If you have ever used Lua with KeyDB or Redis, KEYDB.CRON may be a powerful tool at your disposal. A lot of scripts are triggered by an event or request, however there are a lot of tasks that need to be performed regularly or at a specific time/interval. Using KEYDB.CRON brings the scheduler into the database instead of on the client side or as a 3rd party scheduler. The function of KEYDB.CRON is similar to using EVAL, however with the additional functionality of a built in scheduler.

You may run recurring tasks down to the millisecond or execute a one time scheduled task against your database, however what you do will likely be very specific to your use case. Some people use Lua scripts + Cron to do things such as:

You can refer to our documentation here as well for reference on using the command.

The premise is quite simple:

Unlike traditional Lua scripts that may be loaded (cached only), the KEYDB.CRON task will persist across server boots if saved. It can be seen as a KEY in the keyspace and deleted or modified.

The example above increments the value of 'mytestcounter" every 60 seconds starting at the Unix Timestamp of 1610941618000 milliseconds.

The above command sets "mytestcounter" to zero at Unix Timestamp 1610941618000 milliseconds. This will occur only once. Note that we must specify a delay time. Once the task has completed the KEY will be removed. and the name "mytestname2" will no longer exist.

If you want to delete the Cron task, simply delete the KEY which is the name of your Cron task and that functionality will no longer exist.

For more lengthy tasks, we may want to call an existing Lua script with specified inputs.

Lets start by creating a simple Lua script, myscript.lua. This script will look at the bottom 3 ranking members of a set when the set is greater than 100. In this example we want to remove any members if they have been seen in the bottom 3 rankings for more than 10 counts. As such we will keep tabs on any low ranking members (also for client screening). Once a member is removed we will expire its counter in 24 hours to reset access.

We now want to run this script say every minute to probe for the low ranking members. Lets call the Cron task "mycrontask" and pass it the name of the sorted set, "rankings", as will be referred by our script as KEY[1]

Now we load the Cron task with the Lua script through the client per below command:

Below are some considerations when using KEYDB.CRON:

Can I use Cron with Redis?#

This functionality is not part of Redis. However KeyDB is a drop in alternative to Redis, fully compatible with Redis modules, API, and protocol. This includes Lua scripts, and Redis clients. KeyDB can be thought of as a superset of functionality, adding in additional features and configuration options, as well as commands. Because of KeyDB's multithreaded architecture, we are able to provide powerful tools that might otherwise be too heavy for a single threaded application.

Keep up to date with KEYDB#

We have some really cool features in the works. To keep up to date with what we are doing follow us on one of the following channels: